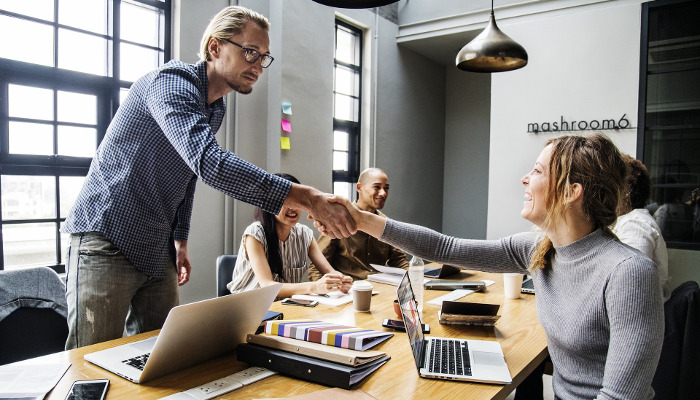 In the first article of the series, I talked about what things you need to do to enter the negotiation and be successful. Now let’s talk about the importance of understanding the person you are negotiating with. You know what you want, so let’s make sure you understand what they want. Only then can you reach a mutually beneficial agreement.

Listen, and listen some more

Chris Voss, a former FBI hostage negotiator, talks in his book Never Split the Difference about a concept he calls Tactical Empathy. It is an extreme version of listening skills. It is a way to balance emotional intelligence and assertiveness to gain leverage in any negotiation. According to Voss, listening is far from a passive activity. It can be the most active and aggressive thing you can do.

You can then verbalize your understanding using phrases like, “it feels / looks / sounds like you…”. Don’t try to use phrases like, “If I understand you…”. By using the word “I,” you are breaking the spell. You are not in the other person’s show, but you are talking about yourself. Now it is about you and your needs—a bad move.

Open-ended questions are those that don’t allow yes/no answers. They require a more detailed response and will help you to better understand the position of the other side at the negotiation table.

They are a fundamental tool in your listening skills toolbox. The more information you can get, the better your understanding of the other side is, and the more creative you can be with what you are ready to offer based on their needs.

Don’t talk too much

The more you talk, the longer your statements, the bigger chance of a long monolog with the other party either getting lost or worse coming to the conclusion that all you care about is you and your point of view. You don’t listen. You don’t want to hear what they have to say.

Any tentative language shows weakness and a sign of guilt. Things like, “if I may suggest,” or “I might be wrong, but” are feeble statements that put you into a subservient position. They make the other party move more aggressively to exploit the vulnerability. If you are prepared, there is no need to be overly careful. Just be confident and firm in your request.

Always clarify things as much as possible, and don’t be afraid to even state the obvious. What is obvious to you may not be evident to the other party. Or worse, they may also feel that it is obvious but have a completely different interpretation.

However, it might be helpful to make hypotheses that you can then verify during the course of the negotiation. It helps you to have a couple of different plans, and it is less likely you will get surprised.

Go slow and play with silence

Especially in a heated conversation, when one side does lots of arguing, it can be a powerful weapon to use silence. When talking, speak slowly and with pauses. It is going to suck the heat out of the conversation and calm it down just by virtue of introducing a slower pace.

True listening skills also require you to go slow. First, listen, truly listen, focus only on what the other person is saying. Then take your time to think it through before you respond.

You probably heard about mirroring. You can start building subconscious trust by showing you are more similar to the other person. You do this by using the same speech patterns, the same body language, the same tone of voice.

As Voss mentions, the FBI uses a simple trick to achieve mirroring when it comes to language. Repeat the last three words of what the other person said. It shows that you are speaking the same language, you are thinking the same, you are not the enemy.

Have your emotions under control

Keep your emotions under control in any negotiation. You can’t listen properly when your emotions are in turmoil. And how can you expect to understand what the other party wants and how they feel if you are full of your feelings that get in the way?

Emotions can not only destroy your ability to listen but can also distort your reality.  The loss aversion I talked about in the previous article can have its uses if employed by you and dangers when you are the target. You probably experienced it when you tried to buy something with limited availability. You liked a specific house, and the real estate agent would impose a deadline. They would claim that there is an interested party ready to sign tomorrow, so the house might be sold by then. You should sign now for the price they are asking.

Regardless of whether they speak the truth about other people being interested, it puts you into time pressure. You don’t want to lose. So you are more likely to pay the price and do it now. You let your emotions take over your logic, and you are willing to take a bad deal.

The attack is often the best defense. If you are in a negotiation where the other party can pull out some dirt on you or use something you have done in the past to their advantage, you need to take it out at the beginning. Talk about it first. It might be even as simple thing as the opponent being ready to mention that they were willing to incur some loss last time, so now it is your turn. Don’t let them. Be pre-emptive.

Admit the points that are not in your favor, thus preventing the other party from using them against you at their convenience. Just admit them. Often it happens the other party may even react in more positive words, mentioning that it is not as bad as you described.

The sooner in the negotiation, you hear the other person to say “no” the better. “No” creates psychological safety for them. Once they say the word, they are protected and can truly listen to what you have to say and think about it. “No” is often temporary, and it is when the negotiation truly starts.

Be wary of early “yes”

According to Chris Voss, since there are many types of “no,” there are also three types of “yes.” The counterfeit, the confirmation, and the commitment.

The counterfeit yes is an easy way for the other party to get out of the negotiation if they feel they are losing. They just agree with the intention of not honoring the agreement. The confirmation yes is an acknowledgment of what you said without a plan to act on it.

Only the commitment yes is the real yes. It means an agreement that is going to lead to action. The problem with all these yeses is that they sound the same. What is worse, even the person speaking them may not necessarily know which one they used. It can be subconscious.

Voss claims that to get the answer, “that’s right” is better than to get “yes.” It eliminates all doubt about what “yes” you’ve got, and it makes it clear that it is a true agreement. Just don’t confuse it with “you’re right.” That, on the contrary, is a fancy way how to get rid of you, the weakest of “yes.” It is just designed to make you go away.

As you can see, understanding the person you are negotiating with is critical not only to the understanding of what they want but also to realize when they truly agreed to the terms. We often feel that we have an agreement before we actually do. That leads to seemingly broken promises, that were in the eyes of the other person never made. A hyper-focused listening and having your emotions under control is the key to a successful negotiation.

In the next article of the series, we will talk about price negotiations and the importance of avoiding compromise.

This site uses Akismet to reduce spam. Learn how your comment data is processed.