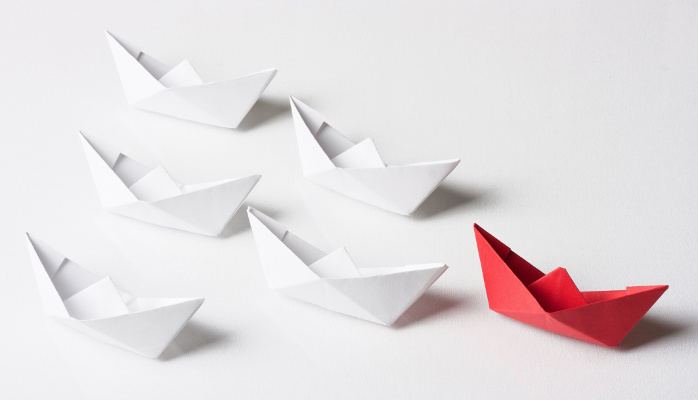 What do you do with people who have fixed mindset? Who are rooted in their ways and because they believe they cannot achieve something or that they cannot change, they will not even try? And even if they try they don’t believe in success so they create this self-fulfilling prophesy?

In the first lesson I started to talk about the ways to influence people around you and help them change their behavior. To follow up on the topic I would like to bring your attention to the work done by Kerry Patterson and her team in the “Influencer: The Power to Change Anything”. In this book we are introduced to the six sources of influence: Personal Motivation, Personal Ability, Social Motivation, Social Ability, Structural Motivation, and Structural Ability.

Patterson and her team argue (and provide an evidence) that the truly successful influencers use multiple strategies how to influence people and institute lasting changes. If you want to shape the world around you focus not just on the individual you want to help and his motivation and ability but consider the social and physical environment this individual lives in. I will not run through the six sources of influence, for that you can read the book, but I will talk about some of the points that I find most important.

In How Can You Motivate Others? You Can’t! I talked about how impossible it is to motivate someone. What you can do however is to create an environment, processes and social structures that will help to engage the employee. Mihalyi Csikszentmihalyi who coined the term “flow” and spend his life trying to figure out what does it take to enjoy something, discovered that almost anything can be enjoyable as long as it can have challenging goals and frequent feedback. We would call it today “gamification”.

If you ever watched a soccer match or other sports that are for their participants in its core hard, until you add a scoreboard to provide feedback, you know what I’m talking about. Something that is in its core meaningless can be turned into something people enjoy playing and watching just by providing frequent feedback and clear goal to be better than the other guy.

Give people a choice

To be able to influence people you need to approach them as human beings and not as a number in a spreadsheet. This happens a lot in the corporate world when decisions about lives of others are done through “dehumanizing” them and talking about numbers and not actual names. “I don’t need these two resources on my project anymore,” is easier to say than “I don’t need Peter and Paul.” However, by doing this you are also giving up, part of your motivation to care about what happens to them, and ultimately you are giving up your influence and ability to change the situation.

By nature, we have an internal desire to do what is right. Unless we are sociopaths our value system is usually a very good compass to guide us through life in a socially acceptable behavior. We are able to make great sacrifices and do the right thing if we can chose to do so. Choice is a very powerful tool when influencing others. But choice means that you deal with people and not resources.

When trying to create a large scale change you need help. You need to influence first people who will then help you push the change to the rest of the organization. You don’t want to focus you influencing efforts on the geeky innovators since even though they may embrace it they don’t have the social influence to spread the adoption. You also don’t want to waste too much time to going alone against the vast majority of people who are resistant to change.

Where you want to focus is on group you may call the early adopters. These are the people with open minds who are willing to consider change and who are also well connected with their environment. These are the opinion leaders. If you get these on your side, the task will become much easier. Simply put, it is not just the message you are communicating but it is also how and most importantly who communicates.

If you have a team of hundred people it should be enough to find five to ten influencers (formal and informal leaders) who should you work with to get them on board and then let them influence the rest of the team. They are the ones who are engaged, opinionated, well connected and respected. What happens when you ignore them? They will still have opinions and they will still influence others, that is what they do, but they won’t be on your side.

Are you an opinion leader?

To be seen as a leader and influencer in your field you need to have couple of basic qualities. You need to have the domain knowledge and you need to be trustworthy. With these attributes and a bit of enthusiasm and confidence you have a high chance of significantly influence the people around you. The funny thing is you will do it whether you want it or not. If people see you are enthusiastic about something you have a good knowledge of, and they trust your judgment, chances are they will follow your lead even against your will.

Do you know who the opinion leaders on your team are? If not, how would you recognize them? And if yes, how do you work with them to push change when needed?

This site uses Akismet to reduce spam. Learn how your comment data is processed.